You are using an outdated browser. Please upgrade your browser to improve your experience.
by Brent Dirks
May 3, 2013
Google Glass is poised to soon strengthen its capabilities when connected to an iPhone. According to TechCrunch, a Google representative recently said that iPhone users will soon be able access text messages and use turn-by-turn navigation with the expensive gadget. As of now, only Android users with the Glass companion app installed on their phones can access those two features. As we told you in February, Glass has always had some amount of limited compatibility with the iPhone. The device can be tethered with a smartphone or pick up a Wi-Fi signal on its own. But the change should make the experience even better, according to the article:

While Glass will happily work with any iPhone over Bluetooth or use any Wi-Fi connection to get online, iPhone users are currently unable to get turn-by-turn directions through Glass – one of its killer features. Those direction are pretty useful while you are navigating a new city and they do show off the power of location-based apps on Glass, but the software will currently balk if you ask it to give you directions while it’s connected to an iPhone.

While the wearable technology currently costs $1,500 and is available to only a few handpicked users, Google hopes to release Glass to the general public next year at a lower price point. As for me, I’m still more excited about Apple’s rumored iWatch. I don't ever want to look as dorky as tech pundit Robert Scoble wearing the technology in the shower. 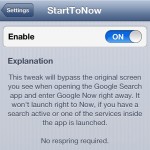 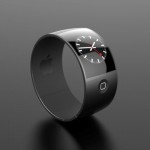 Apple's Curved Battery Research Could Point To Thinner iPhones, iWatch
Nothing found :(
Try something else