You are using an outdated browser. Please upgrade your browser to improve your experience.
by Joe White
May 18, 2013
Apple's long-rumored HDTV (known also as the "iTV," or, more generally, the "Apple Television") has been in the cards for some time now, with one recent report suggesting that the television set could launch with a so-called "iRing" remote control. With WWDC less than one month away, however, excitement is indeed building, and as such one new Apple HDTV concept has appeared online. In the video, which is embedded below, an Apple HDTV is imagined. The product can be controlled using an iPad mini, features full Siri integration, and includes a user interface unlike anything we've ever seen. Take a look at the video, and see what you think: http://www.youtube.com/watch?v=3q5UDpF8VYA&feature=player_embedded

Further products supposedly in the Apple pipeline include iOS 7, OS X 10.9, and a revamped line of iDevices (potentially including a Retina display-equipped iPad mini, an iPhone 5S, and a low-cost "budget" iPhone). In addition, countless rumors concerning a wearable "iWatch" have also appeared online, though this announcement could be saved for Apple's annual fall event, along with its various next-generation iDevices and possibly even the purported HDTV itself.

How do you like the above Apple HDTV concept? 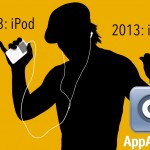 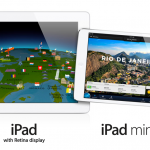 As iPad mini Production Slows Attention Shifts To Next Model
Nothing found :(
Try something else