You are using an outdated browser. Please upgrade your browser to improve your experience.
by Joe White
May 15, 2013
According to a new report from Piper Jaffray, Apple's iPhone retains more value than Samsung's leading Android-powered smartphones, and resells for a higher price on the secondary market. The data, which compared U.S. eBay auction prices for the iPhone 5, iPhone 4S, iPhone 4, Galaxy S III, and Galaxy Note II, shows that out of the five handsets, Apple's sixth-generation smartphone has the highest resell price, and is closely followed by Samsung's Galaxy S III. The report reached in an article from AppleInsider, which notes that:

According to analyst Gene Munster, the index is "a pulse on what consumers are willing to pay for unsubsidized phones in the US. "The key takeaway from 8 weeks of data is that the iPhone is holding slightly more of its value compared to the top two Galaxy phones," Munster wrote. Despite being 46 percent more expensive than the Galaxy S III, Apple's latest iPhone 5 shed 11.2 percent of its value compared to 13.7 percent for the Samsung smartphone.

While the iPhone 5 indeed lost 11.2 percent of its value, the iPhone 4S performed best out of the five smartphones, losing a mere 7 percent during the two-month period. In second place was the iPhone 4, which lost 8.8 percent, with the iPhone 5 taking third place. Samsung's Galaxy S III lost 13.7 percent, and the Galaxy Note II suffered a loss in value of 15 percent - the most out of all five smartphones. What else does the data tell us? Well, judging from the above chart, resell prices for Apple's three iPhones are on a gradual decline, most likely due to consumer anticipation for the iPhone 5S. Indeed, Munster adds that Piper Jaffray "believe[s] that the iPhone aftermarket price should continue to decrease as we approach an iPhone 5S launch, which we expect at the end of the month of September." If you're looking for an iPhone but don't care for the latest model, then late summer is most likely the perfect time to search for preowned models online. For further industry related news, see: One Third Of Postpaid Verizon Customers Now Use Shared Data Plans, Apple Denies E-Book Pricing Collusion Charges, Blames Tough Talks With Publishers, and Tim Cook's CharityBuzz Auction Ends With A Winning Bid Of $610,000. 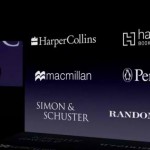 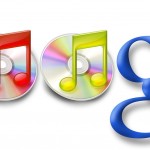 Google Set To Surpass Apple With Soon To Be Released Music Streaming Services
Nothing found :(
Try something else