You are using an outdated browser. Please upgrade your browser to improve your experience.
by Brent Dirks
May 30, 2013
If you want to purchase an inexpensive dock for your iPhone that will never go out of style, take a look at the new SETA Smartphone Stand that recently launched on Kickstarter. Here’s a quick video about the project. Click here if you can’t see it. The NanoSuction technology, which is designed to mimic the feet of a gecko, doesn't leave any residue behind and isn't sticky to the touch. The solution works with about 70 percent of cases on the market. It doesn’t work well with textured or silicone material, including cases from OtterBox and LifeProof. And if you’re not interested in a stand, backers can also pledge for just the NanoSuction Pads to stick an iPhone, iPad, or other device, to any smooth, non-porous surface. For just $10, backers can receive two small NanoSuction Pads. It also acts as an anti-skid pad to keep a device secure while on a desk or car dashboard. For $5 more, you will receive one large pad for a tablet and one smaller pad. A $25 pledge will net you a black, white, pink, or silver stand for a smartphone. Just hours after launching its campaign, more than $7,500 has been pledged on a goal of $20,000 with 39 days to go. So it definitely looks like the project will be funded. And you can count me in as a backer. Delivery estimate is in August. 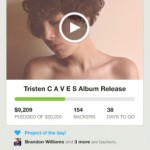 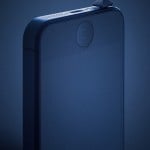 Help Kickstart Mutator, An Accessory That Mutes Your iPhone With A Twist
Nothing found :(
Try something else