You are using an outdated browser. Please upgrade your browser to improve your experience.
by Bryan M. Wolfe
May 9, 2013
As expected, YouTube has unveiled their long awaited paid subscription channel service, which will allow some video creators to charge for content. The move could mean millions in new revenue for YouTube’s parent company, Google Inc., according to The Wall Street Journal. Thirty video creators are participating in a pilot program for paid subscription channels. These include National Geographic, Sesame Street, Ultimate Fighting Championship, and the Young Turks, among others. According to Malik Ducard, head of content partnerships at YouTube, users will be able to pay for premium content with a credit card and the Google Wallet payment system. Channels will cost users an average of $2.99 per month, with a minimum charge for paid channels being $0.99 per month. As part of the deal, YouTube and video creators will share revenues. The arrangements are said to be similar to the ones that already exist for sharing YouTube’s ad revenues. YouTube has not announced when their premium channels will go live. When they do, they will give users yet another outlet to stream premium video content, joining others like Netflix, Amazon Instant Video, and Hulu. As we hear more about YouTube's premium services, we'll keep you updated. In particular, we'll let you know what this means for iOS device owners. See also: YouTube Capture Now Features HD Previews Of Video Enhancements, Play+ For YouTube Makes Finding And Watching Videos Quicker And Easier, and YouTube For iOS Updated With Support For Live Streams And Other Enhancements. 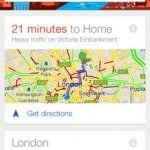 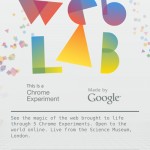