You are using an outdated browser. Please upgrade your browser to improve your experience.
by Aldrin Calimlim
April 16, 2013
The official YouTube app for iOS has just received another notable update. Late last February, YouTube for iOS was updated with an AirPlay-like feature that enables users to stream videos on certain smart TVs and gaming consoles. Now, the app's latest update enhances that feature with the ability to queue videos to play on supported streaming devices. But perhaps a more significant new addition to YouTube for iOS is support for live streams. Just tap the new "Live" option in the app's sidebar to see what channels and events are streaming live. Also new in the app's sidebar is the "My Subscriptions" option, which gives you quick access to new uploads from your subscriptions. The latest update also includes One Channel branding for video creator channels as well as stability and performance improvements. Compatible with iPhone, iPod touch, and iPad running iOS 5.0 or later, YouTube for iOS is available in the App Store for free. YouTube was originally included as a stock iOS app since the first iPhone was launched in 2007. But the app was removed by Apple with the introduction of iOS in September last year. Fortunately, a month later, Google came out with the YouTube app that we know and love now. [gallery link="file" order="DESC"] 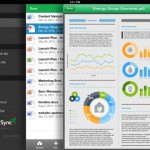 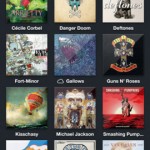 Ecoute For iOS Updated With Automatic Artwork Download, 'Play Next' Feature And More
Nothing found :(
Try something else