You are using an outdated browser. Please upgrade your browser to improve your experience.
by Aldrin Calimlim
June 5, 2013
Apple remains the top smartphone maker in the U.S., according to a new survey conducted by comScore. As stated by the well-known marketing data and analytics provider, smartphone owners account for 58 percent of the U.S. mobile market during the three months ending April 2013. This is equivalent to 138.5 million smartphone users in the U.S. Of these users, 39.2 percent use iPhones aka Apple smartphones. Consequently, Apple once again ranked as the top smartphone manufacturer in the U.S. The iDevice maker's largest competitor, Samsung, came in a second place with 22 percent market share. HTC, Motorola, and LG complete the top five with 8.9, 8.3, and 6.7 percent, respectively. But while Apple ranked as the top smartphone maker, its iOS ranked only as the second smartphone platform in the U.S. with 39.2 percent market share. It was surpassed once again by Google's Android, powering a myriad of smartphone from different manufacturers, with 52 percent market share. It's worth noting that Apple's smartphone platform share increased by 1.4 percentage points from January. Google's share, on the other hand, decreased by 0.3 percentage point. The top five smartphone platforms in the U.S. were rounded up by BlackBerry, Microsoft, and Symbian with 5.1, 3.0, and 0.5 percent share, respectively. Last January, comScore reported that Apple bested Samsung 37.8 percent to 21.4 percent among smartphone subscribers. But Apple was trounced by Google 37.8 to 52.3 percent in terms of smartphone operating system. 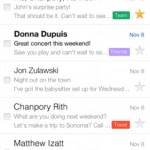 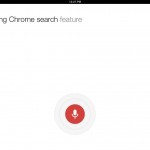 Google Chrome Updated With Improved Voice Search
Nothing found :(
Try something else