You are using an outdated browser. Please upgrade your browser to improve your experience.
by Aldrin Calimlim
June 10, 2013
As expected, Apple previewed iOS 7 today at its WWDC keynote. The new major redesign of "the world's most advanced mobile operating system" is scheduled to be released to the public this fall. But as usual, developers are going to be able to get their hands on the latest version of iOS much earlier. In fact, Apple is set to release iOS 7 beta to registered developers today. Note, though, that only the beta for iPhone is going to be made available today for developers. The beta for iPad is going to be released in the coming weeks. So, expect to learn more about the new features introduced in the software update as developers do some exploring of what it has in store in the next few months. Let's hope iOS 7 breaks iOS 6's record for having the fastest turnaround time in Apple's series of major operating system refreshes. Last year, iOS 6 went from beta to public release in just three months, whereas iOS 5 before it spent four months in beta-to-product development. As with previous iOS releases, certain older devices are no longer supported with the latest iOS refresh. Supported devices on this release are iPhone 4 or later, iPad 2 or later, iPad mini, and fifth-generation iPod touch. So, are you excited to get your hands on iOS 7? Which of its new features are you most looking forward to? 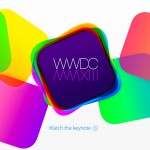