You are using an outdated browser. Please upgrade your browser to improve your experience.
by Joe White
June 26, 2013
Apple's "Designed by Apple in California" ad campaign, which recently saw the launch of two brand new TV ads, is now appearing in print. Specifically, a huge two-page ad appeared as part of the aforementioned campaign in Canadian newspaper the Toronto Star (pictured above). In the campaign, one of Apple's aims is to stress the intensity of its design process for Macs, iDevices, software, and other products. Apple also launched a dedicated "Designed by Apple in California" page online, where the text included in the above newspaper advertisement is reproduced in full. Here's the aforementioned TV ad, in case you haven't seen it: http://www.youtube.com/watch?v=VpZmIiIXuZ0&feature=player_embedded

If you can't see the above image, please click this link.

Have you spotted the "Designed by Apple in California" ad in your favorite newspaper? For more of today's news, see: Hold That Pose! New APIs Mean iOS 7 Could Detect Blinking, Smiling, IDC Investigates: How Popular Is The iPhone In India?, and Want To Learn More About Apple's Campus 2? Watch Today's Live Stream. Image credit: 9to5Mac 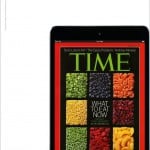 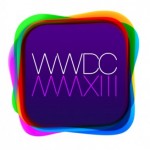 Two Impressive Apple Ads Are Now Available To View Online
Nothing found :(
Try something else