You are using an outdated browser. Please upgrade your browser to improve your experience.
by Brent Dirks
June 27, 2013
Foxconn isn’t waiting around like the rest of us for the rumored iWatch. The long-time Apple partner recently introduced its own wearable technology that can be connected to an iPhone via Bluetooth. And WantChinaTimes got a look at the device. The watch can check a user’s vital signs, like respiration and heartbeat, and even keep tabs on phone calls and Facebook posts. If the vital signs aren’t in an optimal range, the watch will automatically recommend how to improve the numbers. The company, according to the report, discussed long-term plans for the device at a recent shareholder’s meeting:

Hon Hai chairman Terry Gou said his company's wireless communications and medical research groups also plan to add new features such as fingerprint identification to the gadget in the future, to help record personal health data. "With such a device, you can keep your phone in your pocket and simply check all kinds of messages on your watch," Gou told shareholders.

During the introduction of the device, Foxconn offered no further information like a price or when the watch would actually be available to purchase. As we reported in late May, Foxconn was looking to diversify its business and counteract Apple’s supposed slump. Even so, the company recently announced a record profit thanks in large part to the new iPads and iPhone 5. 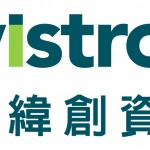 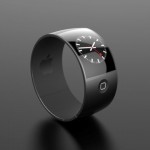 Apple May Have Applied For The Trademark Of The Name ‘iWatch’ In Russia
Nothing found :(
Try something else