You are using an outdated browser. Please upgrade your browser to improve your experience.
by Bryan M. Wolfe
June 19, 2013
Apple has remained mum on what new products are coming this fall. However, this secrecy hasn’t stopped some accessory makers from moving forward and beginning to manufacture items like cases for these products, according to AppleInsider. It happens every year. Apple announces a new iOS device and on the day that it is released, a small number of accessories for it suddenly pop up on store shelves around the globe. How is this possible? No, the manufacturers behind these accessories don’t have Tim Cook’s private phone number. Rather, they took a risk and began manufacturing accessories based solely on leaked schematics.

The budget iPhone / the iPhone 5S

With Apple’s Worldwide Developers Conference (WWDC) over for another year, it is once again the season of gambles for many accessory makers. As a result, many are now manufacturing cases for the so-called “iPhone 5S,” and budget iPhone -- even though Apple hasn’t announced either product, let alone provided the designs for each. According to AppleInsider, accessory makers are putting a lot of resources into manufacturing cases for the so-called “iPhone Lite.” These cases are being designed for a phone that “shows curved edges and a slightly thicker frame.” The 3-D rendering above was created by a “well-known third-party” case manufacturer based on blueprints it received that “are alleged to reveal the design” of the budget iPhone. As the diagrams below show, the budget iPhone is expected to resemble the iPhone 5, with the same 4-inch screen, home button, and FaceTime camera on the front side of the device. In addition, there is space on the bottom for a headphone jack, microphone input, Lightning connector, and speaker output. On the top is room for a lock button, while volume controls remain on the side. The iPhone 5S, as these designs show, looks very similar to the current model. This follows previous rumors that suggest Apple will forgo a design change for its flagship model this time around.

As AppleInsider notes, manufacturers are sometimes burned for creating products ahead of time. In 2011, for example, Hard Candy spent $50,000 creating cases for an iPhone that was never announced. These cases were manufactured based solely on leaked designs floating around at the time. While no one from outside of Apple can officially confirm whether the designs shown here are correct, one thing is certain. Some case manufacturers will get it right this time around. And those will be the ones with products available for the iPhone 5S and budget iPhone from day one. As a reminder, Apple is expected to announce its new line of iOS devices later this year. In addition to the two new iPhone models mentioned above, Apple is likely to announce a fifth-generation iPad, and second-generation iPad mini. [gallery] 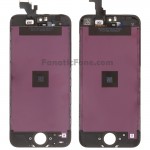 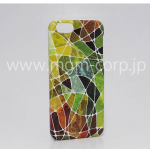 Is This A Case For Apple's Budget iPhone?
Nothing found :(
Try something else