You are using an outdated browser. Please upgrade your browser to improve your experience.
by Bryan M. Wolfe
June 14, 2013
Apple deserves a lot of praise for finally introducing its own streaming music service. Still, iTunes Radio will have a long way to go to catch up to most of the competition when it is released this fall with iOS 7. It isn’t that iTunes Radio is bad. In fact, as I noted previously, I fully expect that it will become a hit with millions of iOS device owners. Still, reaching the masses might not be enough to sustain it, at least in the long-term. Especially if the current iTunes Radio beta is all that Apple is planning. Apple was right to call its new service iTunes Radio, because that is what it is – no more, no less. Whether through featured stations, or those created by the user, the service allows unlimited free music, as long as you’re connected to an Internet source. However, at some point, people may grow tired of listening to curated music. At some point, they may grow tired of skipping those songs that Apple insists that they will like, but don’t. At some point, they may want to listen to a full album by their favorite artist, not just a song here or there. When this happens, Apple seems confident that a user will purchase a full album through iTunes. The reason? Well, the link is right there next to the song that is streaming. I’m not so sure. I’ve become convinced in recent days that iTunes Radio’s biggest group of users could also be the folks that buy “free” iPhones. You know the ones – those that buy the 3-year-old iPhone 4 because they’re convinced that it has cost them nothing. Will these folks buy albums through iTunes, or stick around long enough to listen to an iTunes Radio ad? Will they risk going over their data limit to listen to music on the go? I doubt it. At some point, Apple will need to rethink its iTunes Radio strategy. Giving iTunes Match users free music without ads was a step in the right direction. However, more will need to be done, especially with what the competition is already offering. Some users, for example, will likely grow tired of constantly streaming the same songs, over and over again. Instead, they may want to download those songs to their iOS device for offline use. And no, they might not want to do that by buying a $12.99 album. For as little as $9.99 per month, Rdio and Spotify users, for example, can have their cake and eat it to. They can listen to radio, but also listen to full albums on their iOS devices. Better still, the songs can be downloaded for offline use. Like I said, iTunes Radio isn't bad. However, we probably deserve a lot more from the company that almost single-handedly brought digital music to the masses. How about it, Apple? Can we have iTunes Radio Premium too, please? See also: Comparing iTunes Radio To Pandora, Spotify And Other Streaming Music Services. 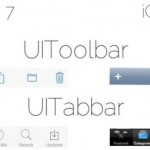 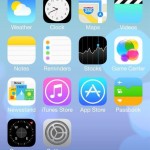 Will iOS 7 Beta 1 Slow Down Your iPhone?
Nothing found :(
Try something else