You are using an outdated browser. Please upgrade your browser to improve your experience.
by Bryan M. Wolfe
June 20, 2013
The next version of iOS 7 doesn’t arrive for the public until this fall. However, developers are already giving us quite a bit of insight on what new enhancements Apple’s next operating system includes. Today we continue our series of reports on some of the changes coming to the iPhone/iPod touch and iPad. 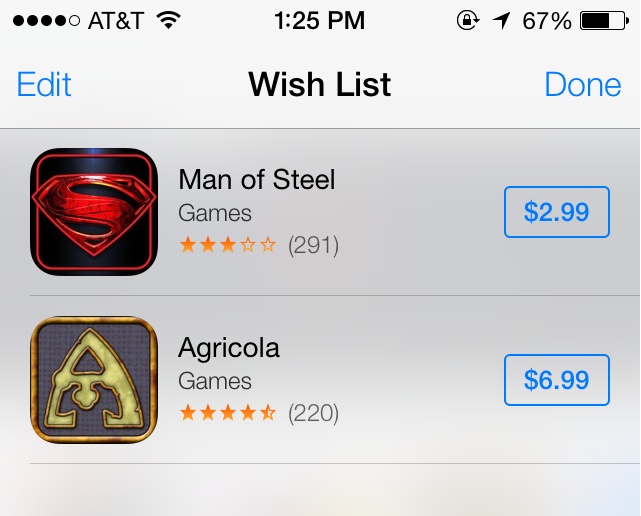 Buried among the new iOS 7 features is the App Store Wish List. It is here where users can keep track of apps they want to buy and download at a later point in time. To add an app to this list, users click on the AirDrop icon at the top right of any app page. From here, you would click “Add to Wish List.” The Wish List is accessible through a link on the Featured, Top Charts, and Near Me pages in the App Store app. From this screen, you can purchase and download the apps, or delete them from your list. The introduction of the App Store Wish List is a step in the right direction. However, it probably doesn't go far enough for most users. For one, at least in the first iOS 7 beta, the Wish List isn’t available in other parts of Apple’s digital ecosystem, including iTunes and iBooks. For another, one of the reasons most folks hold off on downloading new apps is price. To make the Wish List even better, Apple would be wise to add an alert system to it. That way, users would be notified when one of the apps on the list sees a price reduction. Wouldn't you agree? That’s it for today, folks. We’ll be offering other iOS 7 quick picks in the coming weeks. Stay tuned. 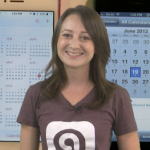