You are using an outdated browser. Please upgrade your browser to improve your experience.
by Bryan M. Wolfe
June 26, 2013
Concluding that touchscreens are far from optimal for console-style gaming, the folks at Obinova believe that they have found a solution. Say hello to the Invisible Gamepad, a new project that recently launched on Kickstarter. Attempting to “bridge the gap between mobile gaming and console gaming,” the Invisible Gamepad is actually a set of controls that stick-on your iPhone/iPod touch and iPad to add more precision. Best of all, it works with any game and requires no additional setup. Made of smooth transparent film with raised edges, the Invisible Gamepad comes with 63 different film controls. This includes 24 analog pads, 19 buttons, 10 digital pads, and 10 four-way digital pads. According to Olivier Buigues, creator of Invisible Gamepad:

Invisible Gamepad is the only product that lets you play with precision anywhere you want without a cumbersome accessory. You just pull out your mobile device and play.

Take a look: The team at Obinova hopes to raise $7,000 to fund the project, which ends Aug. 25. If the project is successful, the Invisible Gamepad will retail for $16. Pledges start at just $6 for the “Early Bird Special.” Those who pledge $16 or more will receive an Invisible Gamepad in August. All others will receive their gift in October. We can’t wait to get our hands on an Invisible Gamepad. When we do, we’ll certainly let you know what we think. In the meantime, visit the official Kickstarter page for more information. [gallery] 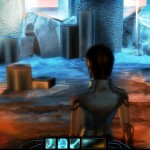 Kickstarter: Impressive iOS Game Abducted Looks To Be Out Of This World 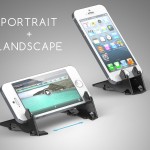