You are using an outdated browser. Please upgrade your browser to improve your experience.
by Aldrin Calimlim
June 18, 2013
Wake N Shake Alarm Clock has just been updated to version 4.0. Wake N Shake is touted as a merciless alarm clock. Indeed, the app was originally called wake N shake – The Merciless Alarm Clock Pro Shaker Edition. Why merciless, though? Well, Wake N Shake requires you to shake your iDevice vigorously in order to shut the alarm off. A mere jiggle won't do, let alone a customary swipe on the screen. You have to shake your iDevice hard, so hard that you're well awake after all that physical exertion. In December last year, Wake N Shake was updated to version 3.0 with new social gamification features. Now, the app has been updated to version 4.0 with major interface improvements. If you can't see the video embedded above, please click here. According to Wake N Shake developer Andres Canella, with its 4.0 update, the app is "more merciless, more beautiful and more simple than ever." Wake N Shake 4.0 boasts a complete redesign that looks right at home on iOS 7. Check it out in the video above, which also demonstrates the app's new features. These features include a new Night Sky view that appears when the app is left idle, a quicker way to set up quick naps, and neat "zzz … " animations. Wake N Shake Alarm Clock 4.0 is available now in the App Store as a free update or as a new $1.99 download. [gallery link="file" order="DESC"] 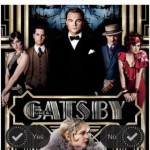 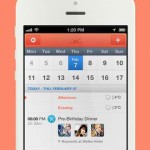 New Sunrise Calendar Update Emerges With Foursquare And Google Maps Integration
Nothing found :(
Try something else