You are using an outdated browser. Please upgrade your browser to improve your experience.
by Brent Dirks
June 26, 2013
Brian Hogan, also known as the idiot who found the prototype iPhone 4 in a bar and handed it over to Gizmodo, recently conducted his own Reddit Ask Me Anything session. First off, he wrote that the entire episode ended up costing him a nice amount of money:

Gizmodo told me they would give me $5,000 for the story, and another $3,000 after it was confirmed by Apple to be real. They knew that there was no way in hell I was going to be able to ask for the $3,000 after the story aired, but I didn't. I ended up having to hire and expensive lawyer and had to pay him much much more than $5,000.

And the episode took a toll on his friends and family:

It was extremely tough on my family, there were news vans in front of my house and we ended up staying at a hotel in the east bay for a week until they left. My name got out in the media because my girlfriend at the time made a Facebook post about it, which I asked her to delete, but the press found her and she couldn't deal with all the stress that followed and we broke up maybe 3 months after that.

Legally, Hogan was fined $125, assigned 40 hours of community service, and received one year of probation. After the probation period was up, the official misdemeanor charge of misappropriation of lost property was expunged from his record. Gizmodo and writer Jason Chen were never charged with a crime. Currently, Hogan said he doesn’t use any Apple products, and owns a PC and Samsung Galaxy S3. One Reddit user asked Hogan why he didn’t leave the phone with bar management:

Yeah I agree with you, I should have done that! I was 21, drunk, and I didn't think about that at the time however.

Oh, to be young and drunk. 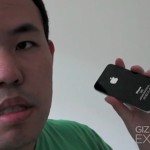 No Charges For Gizmodo In The Apple iPhone Investigation
Nothing found :(
Try something else