You are using an outdated browser. Please upgrade your browser to improve your experience.
by Brent Dirks
July 30, 2013
While Apple made some very nice visual tweaks in iOS 7 beta 4, which was released on Monday, one function did take a pretty substantial step back. In the first three beta versions of iOS 7, selecting the clock-shaped icon in Control Center would send users directly to the alarm portion of the Clock app. Now, when selecting the icon, users are taken to the much less useful timer section of the app. Even though, as developer @rv1raj pointed out to us on Twitter, the icon in Control Center is identical to the timer icon. While I occasionally use my iPhone timer, especially when dealing with my children, I'm highly dependent on the alarm section. And isn’t the driving force behind Control Center to give users quick access to the most used functions of their device? What do you think? Should the Control Center clock button default to the timer or alarm? Let us know in the comments. 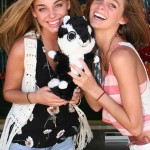 Apple Makes Some Slight Changes To The Incoming Call Screen, Call Button In iOS 7 Beta 4
Nothing found :(
Try something else