You are using an outdated browser. Please upgrade your browser to improve your experience.
by Joe White
July 26, 2013
IDC has released its smartphone market figures for the second fiscal quarter of 2013, during which the firm explains that Apple's smartphone growth was the lowest it's been in four years. While the year-over-year growth for the entire market was an impressive 52.3 percent, iPhone sales increased by less than half this figure - just 20 percent - compared with Q2 2012. It seems that Samsung, unsurprisingly, is succeeding where Apple presently fails, and the South Korean company saw a year-over-year smartphone growth of 43.9 percent in Q2 2013 - more than double that of Apple's iPhone. That being said, however, the Cupertino, Calif. company nevertheless occupied a No. 2 position for Q2 2013 smartphone vendors, with further companies - such as LG, Lenovo, and ZTE - securing relatively smaller shares of the market (despite impressive growth). IDC explains:

Apple posted its second-lowest year-over-year iPhone growth rate in almost four years as some buyers presumably held off on iPhone purchases in advance of an expected next-generation device launch this fall. Nonetheless, the 31.2 million iPhones Apple shipped last quarter was impressive as its flagship iPhone 5 model, which has been in the market for three quarters, was faced with additional global competition in the form of Samsung's Galaxy S4 and HTC's critically-acclaimed One models. Apple's growth is likely to accelerate globally assuming it launches a lower-cost iPhone and continues to penetrate prepaid markets in the quarters to come.

It's been said time and time again that a low-cost iPhone handset would indeed help Apple in the company's bid to increase its worldwide smartphone marketshare, especially in developing countries. Recent analysis has indicated that such a "budget" smartphone could be announced in fall, alongside a next-generation iPhone 5S, an iPad 5, and even an iPad mini 2. If this occurs, Apple could be within a chance of closing the gap between itself and Samsung, who already has the benefit of offering low-cost and high-end smartphones across a wide variety of worldwide markets. We'll keep you updated with further information as we receive it. In the meantime, see: Wunderlist Debuts New Files Feature And Business Pricing Plans For Pro Users, Ridiculous Fishing's First Update Brings New Fish, Patterns And ... A Knife?, and Google+ Local App To Go The Way Of Google Reader, Set To Be Retired On Aug. 7. 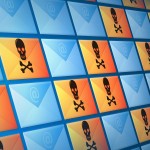 Op-Ed: CNBC Decides Now Is A Great Time To Criticize Steve Jobs For Apple's Recent Woes
Nothing found :(
Try something else