You are using an outdated browser. Please upgrade your browser to improve your experience.
by Brent Dirks
July 5, 2013
Say what? Americans aren’t interested in wearable technology? According to a recent survey, pointed out by Macworld, consumer interest isn’t exactly through the roof. In a poll of 1,011 Americans 18 or older, only 34 percent of respondents who make $100,000 or more a year would consider buying or wearing a smartwatch or smart glasses, like Google Glass. Interestingly, for people making less than $35,000 annually, 47 percent were interested in the technology. And another surprise? Only 37 percent of college graduates were interested in the technology. That’s compared with 45 percent interest for people with a high school degree or lower. Overall, 42 percent said they would consider wearing a smartwatch, while only 39 percent were interested in smart glasses. Modis, an IT recruiting company, commissioned the survey to see how much extra burden employees wearing smartwatches or glasses would cause to IT workers and operations:

“I thought [wearable technology] would resonate more with those making over $100,000, especially because they tend to be technically savvy and will buy the latest iPhone when it comes out,” said Matthew Ripaldi, senior vice president of Modis, a large IT staffing company.

I’ve got a simpler answer for the company, though. Most Americans aren’t interested in the technology because there simply isn’t a compelling product in the market yet. Before the iPad was introduced in 2010, consumers weren’t clamoring for a tablet solution, either. But then Apple introduced its vision, and the market took off. I think we’re very likely to see the same thing happen with the long-rumored iWatch. Even though the latest information says the product might not hit shelves until 2014, Apple is likely to breathe life into the category. If you’re interested in reading further about the iWatch, see: Apple Could Have Trouble Securing The 'iWatch' Trademark In The US, UK, Could This Be The iWatch Battery?, and Five Ways Apple Can Make The 'iWatch' A Success. 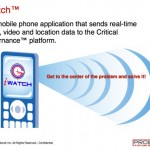 Apple Could Have Trouble Securing The 'iWatch' Trademark In The US, UK 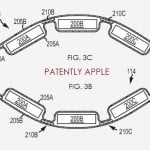 Could This Be The iWatch Battery?
Nothing found :(
Try something else