You are using an outdated browser. Please upgrade your browser to improve your experience.
by Brent Dirks
July 3, 2013
Boston University is taking Apple to court for patent infringement. According to the Boston Herald, the university’s suit claims that the company is using a patented semiconductor in its products. Filed in the U.S. District Court of Massachusetts, the suit says that the component, patented by engineering professor D. Moustakas in 1997, is used in numerous products including the iPhone 5, iPad, and MacBook Air. Along with a monetary award, Boston University is also asking for a sales ban on the infringing products. The university has also filed patent infringement suits against Amazon and Samsung in the past year. To make its case, the report says the university must show the professor was planning to profit from the technology:

Though patent trolling is frowned upon, if the university can show its professor intended to make a business out of his invention, BU may have a case. Local tech analyst Roger Kay of Endpoint Technologies Associates said he wouldn't be surprised if a successful verdict or settlement netted BU in the realm of $75 million. "Courts can be irrational in these cases," Kay said. "You get these ridiculous judgments sometimes and they may think of Apple as a big, rich company that doesn't deserve all that money." BU and Apple declined comment. But a person familiar with the suit said BU plans to illustrate that at least one other company pays a licensing fee to use the component in question. That could bode well for the school's case, Kay said.

Even so, I suspect it will be years before Boston University ever sees a penny from the suit. Apple's lawyers do know just a little bit about patent infringement suits. 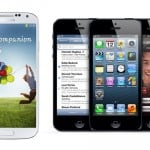 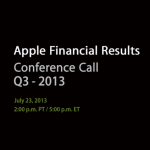 Apple To Announce Q3 2013 Financial Results Via Conference Call On July 23
Nothing found :(
Try something else