You are using an outdated browser. Please upgrade your browser to improve your experience.
by Bryan M. Wolfe
July 30, 2013
Facebook is now a mobile game publisher. As a result, the social network is offering distribution to studios in exchange for a cut of revenue, according to TechCrunch. The company will officially announce the publishing “experiment” on Tuesday at the Casual Connect conference in San Francisco, Calif. The company says that the service is “a new pilot program to help small and medium-sized developers take their mobile games global.” With 800 million users worldwide, Facebook says that it’s in a unique position to help developers target high-quality gamers. Facebook recently said that 41 percent of its advertising revenue comes from mobile platforms, or around $656 million. As TechCrunch notes:

This is up from virtually nothing in the same quarter a year ago, when Facebook only started to turn on sponsored stories in the mobile news feed. If you annualized that, Facebook’s mobile ad business is now worth at least $2.6 billion per year.

Apple and Google take 30 percent for each app sold in the App Store and Google Play, respectively. Facebook has yet to announce what its cut would be under the experiment. See also: Apple Is Now Allowing Developers To Transfer Apps To Others, Find Verified Celebrities With The Updated Facebook App, and Number Of Free Apps In The App Store Continues To Rise. 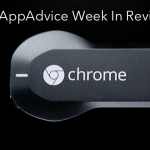 The AppAdvice Week In Review: Apple's Shutdown And Google's Chromecast
Nothing found :(
Try something else