You are using an outdated browser. Please upgrade your browser to improve your experience.
by Joe White
July 20, 2013
After a successful Kickstarter campaign that raised almost $2 million in funds, the popular card playing game Shadowrun is set to launch in the App Store next week, on Thursday, July 25, 2013. Called Shadowrun Returns, the forthcoming app offers users a 2-D turn-based role playing game (RPG) in which iDevice owners must fight "megacorporations," navigate dangerous magic, and - most importantly - stay alive long enough to get paid. In Shadowrun, the year is approximately 2075 - around two generations since magic first "returned to the world" in December 2012. With elves and dwarves now walking among men - along with the more villainous goblins, and dragons - users must take the role of a so-called "Shadowrunner," developer Harebrained Schemes explains:

And moving through the dark shadows cast by the gleaming towers of the corps, are Shadowrunners – disposable assets and corporate pawns scratching out a living using a combination of technology, magic, and street smarts. Shadowrunners live between the cracks and operate outside the law, doing the dirty work that corporate wage-slaves won’t soil their hands with and occasionally acting as the only protection the citizenry can turn to.

With more than 36,000 backers, Shadowrun Returns surpassed its funding goal back in April 2012, and now the game is set to launch in the App Store. Below, we've included a trailer video of the application, which will help you get excited for the app's release. As mentioned, the game should reach the App Store on Thursday, July 25, 2013. We'll let you know once Shadowrun Returns is available to download. http://www.youtube.com/watch?v=UFYsQ0M2Jrg#at=71 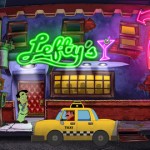 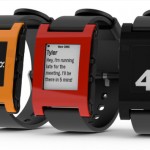