You are using an outdated browser. Please upgrade your browser to improve your experience.
by Bryan M. Wolfe
July 18, 2013
For the second quarter, Verizon Wireless activated 7.5 million smartphones. Of those, 51 percent, or 3.8 million were iPhones. The announcement came as the nation’s No. 1 carrier released its quarterly results. From April through June, Verizon iPhone activations climbed 41 percent year over year. In 2012, they activated 2.7 million iPhones during the same quarter. The company did not announce a breakdown by iPhone model. However, they did state that 6.4 million LTE devices were activated. This number includes the latest iPhone and iPad models. Of the 3.7 million smartphones activated that weren’t the iPhone, Verizon also refused to issue a breakdown by device. This number includes Samsung’s latest flagship handset, the Galaxy S IV. In total, Verizon saw revenues rise 7.5 percent year over year to $20 billion. According to Lowell McAdam, Verizon chairman and CEO.

Having posted double-digit earnings growth in five of the last six quarters, we are focused on continuing to provide the best portfolio of products on the most reliable networks; capturing incremental revenue growth in broadband, video and cloud services; and sustaining our earnings and cash-flow momentum.

Apple is set to announce its quarterly earnings on Tuesday, July 23. As noted in Apple’s Investor Relations webpage, the conference call will take place at 2 p.m. PDT. AT&T will also announce its earnings on July 23. Its earnings call begins at 1:30 p.m. PDT. See also: As Smartphone Upgrades Slow, The Industry Is Beginning To Make Adjustments, and Verizon May Soon Be Kicking Themselves For Agreeing To Sell The iPhone. 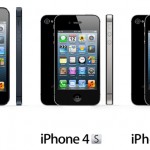 Verizon May Soon Be Kicking Themselves For Agreeing To Sell The iPhone
Nothing found :(
Try something else