You are using an outdated browser. Please upgrade your browser to improve your experience.
by Bryan M. Wolfe
July 11, 2013
Slowing iPhone sales may mean very little to Apple, at least in the short term. Verizon Wireless, like other carriers, agreed to sell a certain number of handsets as part of their agreement with Apple. That contact may cost Verizon up to $14 billion this year alone, according to Bloomberg. Under a multiyear deal signed in 2010, the largest carrier in the U.S. is obligated to buy $23.5 billion worth of iPhones in 2013. That obligation is more than twice what Verizon sold last year. According to Craig Moffett, a telecommunications analyst, this may mean that Verizon will have to pay Apple between $12 billion and $14 billion to cover declining sales. As Moffett notes:

It is likely that Apple would be reluctant to simply ignore these commitments, since many other carriers around the world are probably in a similar situation, and a simple amnesty would set an unwanted precedent… … It is therefore unrealistic to think that Apple won’t extract some consideration for renegotiating these shortfalls.

Analysts expect Apple to report a 22 percent decline in net income when it announces third quarter results on July 23. Verizon isn’t the only carrier facing contractual obligations with Apple. Sprint agreed in 2011 to buy $15.5 billion worth of iPhones over the next four years. So far, the third-largest carrier in the U.S. looks likely to meet that obligation through sales alone. With Apple’s share price down nearly 40 percent since its September high, investors are hoping that a refreshed lineup of iPhones will turn things around. The so-called “iPhone 5S,” along with a less expensive “iPhone mini” model are expected to debut in September. See also: The Next iPhone Could Be Super Fast, Support LTE-A, Foxconn Said To Begin Shipping The First Budget iPhone Units To Apple, and Android's Lead Over iOS In The US Narrows. 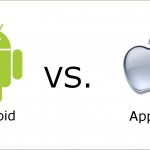 Android's Lead Over iOS In The US Narrows

Samsung's Galaxy S IV Is Running Out Of Time To Catch Apple's iPhone
Nothing found :(
Try something else