You are using an outdated browser. Please upgrade your browser to improve your experience.
by Brent Dirks
August 20, 2013
After being officially announced back in June at WWDC 2013, we haven’t heard much about iTunes Radio, which will launch with the public release of iOS 7 sometime next month. But today, AdAge is filling in some of the blanks. The service will launch with advertising from McDonald's, Nissan, Pepsi, Procter & Gamble, and possibly other high-profile brands, according to the story:

The deals range from the high single-digit millions of dollars to tens of millions of dollars and include a 12 month advertising campaign to run within the streaming music service for each of the participating brands. In addition to basking in all the publicity that comes with a heavily-anticipated Apple product launch, the launch partners get exclusivity within their respective industries through the end of 2013. Come January 2014, however, ads on iTunes Radio will become widely available, provided an advertiser agrees to the minimum buy-in of around $1 million, according to sources briefed on the product.

There will be three different forms of ads on iTunes Radio. Along with interstitial audio and video ads, “slate” ads will be an interactive display ad that will take over whatever screen the service is running on, including an iOS device, Apple TV, or through iTunes. Music lovers will hear an audio ad every 15 minutes and see one video ad every hour, according to the report. During the launch period, advertisers will run their ads on all devices. But starting in 2014, companies can target their ads to a specific platform. Apple TV ads will be the most expensive while iPhone ads will be the best deal. If you don’t want to bother with ads in the new service, you can sign up for iTunes Match, which costs $24.99 per year. 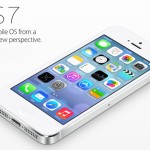 Update: The Launch Of Apple’s iOS 7 Beta 7 Is Coming 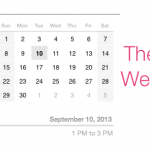 The AppAdvice Week In Review: Gold iPhones, Poor 'Jobs' And More
Nothing found :(
Try something else