You are using an outdated browser. Please upgrade your browser to improve your experience.
by Brent Dirks
August 23, 2013
An interesting report from app marketing firm Fiksu says that Apple has changed the App Store algorithms to consider user reviews in the Top Chart rankings. For the first time, an app’s position on the charts seems to be determined by both the number of downloads and how buyers rate the app. Starting in late July, some apps began to shift position without a huge change in the amount of downloads. But instead, the changes correlated with the app ratings:

As evidenced by the graph below, apps with ratings of 4 or more stars received a rank boost in late July and have maintained that rank throughout August. Poorly rated apps with less than 3 stars received the opposite treatment about two weeks later, dropping off precipitously in rank and staying that way. Average rated apps, between 3 and 4 stars, suffered a slight degradation in rank but have generally been less affected.

And in another big change, Apple is now only refreshing the App Store rankings every three hours instead of every 15 minutes. The report said this change could be to help stop manipulation of the charts:

But why would they change the timeframe of rank updates? We suspect they are adding a ‘buffer’ period to prevent rank manipulation through short download bursts often associated with robotic downloads and other actions not in the best interests of the app ecosystem. Three hours allows enough time to identify anomalies and remove apps before they suddenly appear at the top of the rankings.

TechCrunch talked with others in the app community that said Apple is attempting to improve app discovery as well. Niren Hiro, from SearchMan, says the company has been hearing reports from some developers that new user engagement now affects category rankings. And in early August, the changes were rolled out worldwide. I’m thrilled to see Apple make it easier for users to find great titles in the App Store. It’s a winning proposition for developers, Apple, and most importantly customers. For other news today, see: DOJ: Steve Jobs Changed Apple's In App Purchase Policy To Hurt Amazon, AgileBits Has Some Big Plans For 1Password Mac This Fall, and Ballmer Is Out At Microsoft. 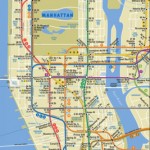 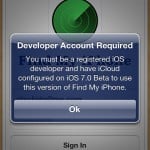