You are using an outdated browser. Please upgrade your browser to improve your experience.
by Bryan M. Wolfe
August 29, 2013
Steve Wozniak has never been one to hold back when it comes to talking about the company he co-founded. In a new interview with Reuters, Wozniak suggests that Apple may need to build a non-iPhone handset to better cater to the Chinese market. Noting that his opinion may be viewed as “almost treasonous,” Wozniak says that Apple should partner with a Chinese company to build a phone that satisfies the local market. This new handset wouldn’t be called an iPhone. In fact, Cupertino would do little more than allow its name to be used on the handset and “make sure it’s a quality product.” Perhaps the most interesting part of the interview comes towards the end when Wozniak is asked how he would counsel Apple CEO Tim Cook, if given the chance. He noted that he wouldn't like to try, because he feared that the comeback would be "more like a fight." Take a look: Wozniak’s comments come just days before Apple is expected to unveil a lower priced handset, in part to better compete in China. The so-called iPhone 5C could be announced as early as Tuesday, Sept. 10. Don't you just love when Wozniak has something to say? See also: Apple Co-Founder Steve Wozniak Backed Popular Tile Product Campaign, The iPhone 5C: Likely Colors Plus Some New Dummy Units Are Unveiled, and Mobile Blocking Employee Vacations For Sept. 20, New iPhones Incoming? Via: CNET 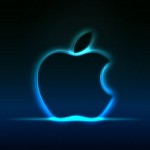 Waiting For Apple To Announce Its iPhone Event 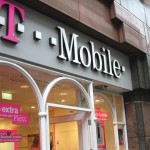