You are using an outdated browser. Please upgrade your browser to improve your experience.
by Joe White
August 10, 2013
T-Mobile has recently announced that from today, its popular $0 down promotion for the iPhone 4S and iPhone 5 is no more. The deal, which first launched back in late July, allowed prospective smartphone customers to grab Apple's fifth- and sixth-generation iPhone handsets for no downpayment, and with monthly payments starting at around $25. However, from today (Saturday, Aug. 10, 2013), customers with the No. 4 U.S. carrier will have to purchase the iPhone 4S and iPhone 5 for a downpayment of up to $145, with 24 monthly payments of $21. Apple's iPhone 4, however, along with other smartphones, will still be available for $0 down. AllThingsD explains:

T-Mobile confirmed to AllThingsD that, starting Saturday, neither device will be available as part of that promotion. (The iPhone 4 will still be available for no money down.)

One T-Mobile spokesperson reportedly said: "As is the nature of promotions, pricing moves are temporary." This is, of course, bad news for anyone who'd been planning on signing-up for either an iPhone 4S or iPhone 5 with the carrier. However, there is hope. This weekend only, Best Buy is offering customers a number of appealing iPhone deals. If you don't care to wait for Apple's "iPhone 5S" handset (or even the budget "iPhone 5C"), be sure to check out our recent article. For more of today's news, see: ITC Sides With Apple, Some Samsung Devices Could Receive US Import Ban, All Of Apple's Developer Services Are Back Online: Free Extension Offered, and Today's Best Apps: Trial By Survival And Abyss Attack. 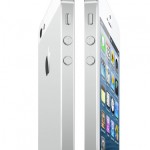 Best Buy Is Offering Some Nice iPhone Deals This Weekend 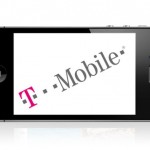 T-Mobile Wants To Carry More Than Just The iPhone
Nothing found :(
Try something else