You are using an outdated browser. Please upgrade your browser to improve your experience.
by Bryan M. Wolfe
August 7, 2013
The iPhone model that is most likely to be sold by users in the coming months is now worth more on the secondary market. The value of the 3-year-old iPhone 4 has increased 10 percent since April, according to AppleInsider. First launched in June 2010, the iPhone 4 gained 10.31 percent in resale value on eBay since April. At the same time, the value of the iPhone 4S dropped by 11.85 percent, while the iPhone 5 slid 3.75 percent. These numbers are the result of a Piper Jaffray survey that looked at current fair values of the past 50 phones sold in the United States. The iPhone 4 also saw value gains in China, which has become the largest consumer market in the world. While Apple products saw mostly gains, the same can’t be said for phones made by Samsung. During the same time, the value of the Galaxy S III dropped by 27.32 percent, while the Galaxy Note II dropped 35.34 percent. In July, Apple CEO Tim Cook noted the strong resale value of iPhones. During Apple’s third quarter earnings call, he stated, "The residual value of an iPhone stays so high, and there is so much demand for it, and that makes the trade-in programs more lucrative to a win-win from many points of view." Piper Jaffray’s Gene Munster didn’t give a reason for the iPhone 4’s recent jump in value. However, we can guess that it may have a lot to do with the coming refresh of the iPhone lineup. In September, Apple is likely to launch the "iPhone 5S" and a new budget phone. When they do, the once innovative iPhone 4 will probably be retired. See also: Apple's Next Great iPhone Won't Arrive Until 2014, The Obama Administration Vetoes The iPhone 4 Sales Ban, and Apple's iOS 7 Beta 5 Is All About Colors And Adding Finishing Touches. 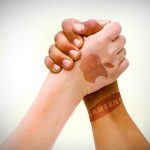 For Apple And Samsung, Breaking Up Is Hard To Do 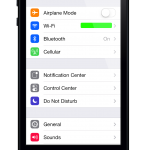 Apple's iOS 7 Beta 5 Is All About Colors And Adding Finishing Touches
Nothing found :(
Try something else