You are using an outdated browser. Please upgrade your browser to improve your experience.
by Bryan M. Wolfe
August 7, 2013
When Samsung releases its own “iWatch,” it could be called the “Samsung Galaxy Gear.” The company recently trademarked the name in South Korea and the United States, according to the Associated Press. Described as a wearable digital electronic device “in the form of a wristwatch, wrist band or bangle,” the Samsung Galaxy Gear could launch as early as next year. The name was sent to the U.S. Patent and Trademark Office on July 29. A month earlier, Samsung applied for a “Samsung Gear” trademark in its home country. According to the U.S. trademark filing, the Samsung Galaxy Gear will be "capable of providing access to the Internet, for sending and receiving phone calls, electronic mails and messages" as well as "for keeping track of or managing personal information." Apple has applied for the iWatch trademark in Russia, Jamaica, Japan, Mexico, Taiwan, and Turkey. In the United States and the United Kingdom, securing the all-important trademark could prove problematic. Separate companies in both countries already own the iWatch trademark. The smart watch market is expected to boom in 2014. Besides Apple and Samsung, Google, Microsoft, and Foxconn are also rumored to be working on wearable devices. See also: Apple's 'iWatch' Is Likely To Include Plenty Of Health And Fitness Tools, and Apple Purchases Low-Energy Chip Developer Passif Semiconductor. 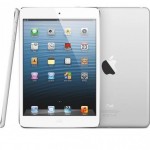 PC Market Levels Out, Apple Still Dominates But Lenovo Is Gaining
Nothing found :(
Try something else