You are using an outdated browser. Please upgrade your browser to improve your experience.
by Aldrin Calimlim
September 12, 2013
Apple has clarified some of the finer points of Touch ID in a bid to appease users' privacy concerns regarding the newly announced fingerprint scanning technology. Touch ID is built into the home button of the new iPhone 5s, which was launched by Apple at its media event yesterday. With Touch ID, a quick touch of the home button automatically unlocks the device. It can also be used to automatically authorize purchases of apps, songs, videos, and books from the App Store, iTunes Store, and iBookstore. In Apple's introductory video for Touch ID (shown below), SVP of Hardware Engineering Dan Riccio notes that the feature's sensor "uses advanced capacitive touch to take, in essence, a high-resolution image of your fingerprint" and then "intelligently analyzes this information." If you can't see the video embedded above, please click here. Now, an Apple spokesman has confirmed to The Wall Street Journal that Touch ID doesn't store actual images of users' fingerprints on the iPhone 5s. Rather, it merely stores "fingerprint data," and in encrypted form at that in the device's new A7 chip, where, as Riccio points out in the video, "it is locked away from everything else." Apple maintains that fingerprint information is neither stored on Apple's servers nor backed up to iCloud. What's more, it's not accessible to third-party apps as a means of authentication. The Wall Street Journal also shares the following auxiliary Touch ID security features detailed by Apple:

Apple customers who wish to use Touch ID also have to create a passcode as a backup. Only that passcode (not a finger) can unlock the phone if the phone is rebooted or hasn’t been unlocked for 48 hours. This feature is meant to block hackers from stalling for time as they try to find a way to circumvent the fingerprint scanner.

As for Touch ID's known shortcomings, the publication notes that the fingerprint scanner may have some trouble reading moisture-laden or scarred fingers. 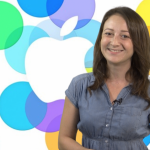 Why The iPhone 5c Should Be Your Next iPhone 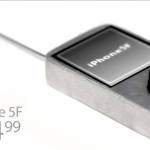 Is Apple's iPhone 5c Still Too Expensive? Check Out The Even More Affordable iPhone 5f
Nothing found :(
Try something else