You are using an outdated browser. Please upgrade your browser to improve your experience.
by Bryan M. Wolfe
September 13, 2013
It looks like we’ll be seeing more smartphone manufacturers attempt to strike gold. Just days after Apple officially introduced the gold colored iPhone 5s comes word that HTC has its own bullion-inspired product in the works. A Sina Weibo user has leaked a photo of a gold colored HTC One. This is the same user that recently leaked a photo of a HTC One in blue, according to Engadget, which suggests that both photos are genuine. What’s next, a gold colored Samsung Galaxy S IV? Yes, I didn’t originally like the idea of a gold colored iPhone. Nonetheless, I’m warming to the finished product, which looks a lot more like champagne than gold. Assuming that Apple finds success with its new handset color, don’t be surprised to see a remarkable gold rush in the coming months across the smartphone space. Are you buying an iPhone 5s in gold? The iPhone 5s launches next Friday, Sept. 20 in the United States, Australia, Canada, China, France, Germany, Hong Kong, Japan, Puerto Rico, Singapore, and the United Kingdom. See also: T-Mobile To Offer $0 Down On iPhone 5c, $99 Down On iPhone 5s, Apple's iPhone 5s Being Used By Burberry For Shooting Runway Show, and Apple Has Big Plans For Its New M7 Coprocessor. 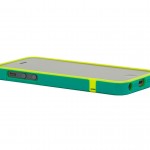 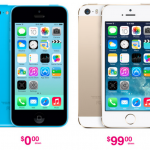