You are using an outdated browser. Please upgrade your browser to improve your experience.
by Bryan M. Wolfe
September 12, 2013
One of the few surprises to come out of Apple’s iPhone event was the introduction of the M7 motion coprocessor on the iPhone 5s. The chip powers sensor technology for the phone’s accelerometer, compass, and gyroscope. We’re now hearing more about what this technology could mean going forward, courtesy of 9to5Mac. According to the report, Apple is testing the M7 for use with the Maps app. The goal is to create two new mapping systems; one for the indoors and one for public transportation. They note:

Sources say that Apple is testing a tool for its Maps app that, with the M7 chip, could analyze when your car is parked. When you park your car, the iPhone will register the car’s location. Now, when you return to a parking lot (for example) to locating your car, your iPhone will be able to help you assist with finding your car since it knows the vehicle’s location.

In recent months, Apple has acquired a number of companies that focus on transit. These have included HopStop and Embark. In addition to the M7 coprocessor, the iPhone 5s includes a 64-bit A7 processor, and improved iSight camera. Apple’s flagship handset launches on Friday, Sept. 20, along with the iPhone 5c, in the United States, Australia, Canada, China, France, Germany, Hong Kong, Japan, Puerto Rico, Singapore, and the United Kingdom. See also: For UK Carrier O2, Apple's New iPhones Will Take 'A Couple Of Weeks' To Work Properly, Walmart Is Already Discounting The iPhone 5c And iPhone 5s, and Apple Vice President Greg Joswiak Talks iPhones, iOS 7 With Employees. 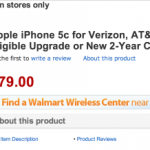 Walmart Is Already Discounting The iPhone 5c And iPhone 5s 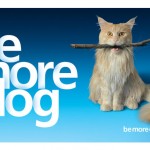 For UK Carrier O2, Apple's New iPhones Will Take 'A Couple Of Weeks' To Work Properly
Nothing found :(
Try something else