You are using an outdated browser. Please upgrade your browser to improve your experience.
by Brent Dirks
September 11, 2013
With Apple’s announcement of two new iPhones yesterday – the iPhone 5s and iPhone 5c – Bloomberg has a timely look at how the handsets are transported to stores around the world. The operation begins in China, where pallets of handsets are moved from the factory floor in unmarked containers with a security detail:

The containers are then loaded onto trucks and shipped via pre-bought airfreight space, including on old Russian military transports. The journey ends in stores where the world's biggest technology company makes constant adjustments based on demand, said people who have worked on Apple's logistics and asked not to be identified because the process is secret.

Before becoming CEO in 2011, Tim Cook was in charge of Apple’s massive supply chain that is critical to the company’s bottom line. Even before the media event, the new iPhones were on the move and being shipped to distribution sites around the world, including locations in Australia, China, the Czech Republic, Japan, Singapore, the United Kingdom, and the United States. And, unsurprisingly, security is tight:

Security personnel are with the devices every step of the way, from truck depots, airports, customs and storage warehouses until the product is finally unveiled, two people said.

Phones arrive in the U.S. from China mainly using FedEx’s Boeing 777s. Each plane can hold around 450,000 handsets. And after the launch, Apple switches into learning mode as the logistics team studies what went wrong and what can be changed for the next massive product rollout. So, while the new iPhones are wonderful pieces of technology, the process to transport them to buyers is almost as amazing. 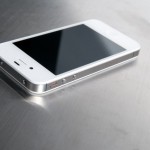 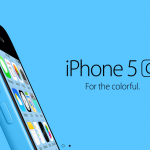 Wall Street Is Unimpressed With Apple’s 'Nobody’s Low-Margin' iPhone 5c
Nothing found :(
Try something else