You are using an outdated browser. Please upgrade your browser to improve your experience.
by Aldrin Calimlim
September 19, 2013
Finally, after months of widespread speculation and hot anticipation, BlackBerry has announced a launch date for the iOS version of its popular messaging service. In a new blog post, the company has confirmed that BlackBerry Messenger aka BBM is set to be released on iOS on Sunday, Sept. 22, just a day ahead of the app's launch on Android. BlackBerry outlines the key features of "BBM for all" as follows: BBM for iOS was officially announced in mid-May by BlackBerry and scheduled to be released in the App Store this summer. The likelihood of the app's imminent launch was reinforced when a comprehensive user guide for the app was accidentally posted by BlackBerry in August, perhaps around the time the app was submitted to Apple for review. As mentioned, BBM for iOS is set to be released in the App Store on Sunday, Sept. 22. The app is optimized for iPhone and iPod touch running iOS 6.0 or later. Are you looking forward to using BBM on your iDevice? Given the profusion of multi-platform messaging apps, it will be interesting to see whether the upcoming, previously BlackBerry-exclusive app delivers admirably or ends up being just another case of too little, too late. 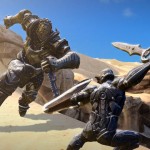 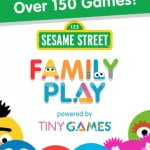 Sesame Street Family Play Suggests Real-World Games For Kids Of All Ages To Enjoy
Nothing found :(
Try something else