You are using an outdated browser. Please upgrade your browser to improve your experience.
by Aldrin Calimlim
September 6, 2013
Just a week after its launch on iOS as an app optimized for iPhone and iPod touch, Doo has already been updated with native iPad support. Previously available on Android, Mac, and Windows only, Doo finally made the jump to iOS last week. But as mentioned, Doo for iOS was initially designed for iPhone and iPod touch only. Well, with its first ever update, Doo for iOS has been designed for the iPad as well. If you can't see the video embedded above, please click here. Of course, in addition to optimization for the iDevice's bigger screen, Doo for iPad offers the same document organization and scanning features as Doo for iPhone and iPod touch, including: Now optimized for iPad as well as iPhone and iPod touch, Doo is available in the App Store for free. The app is compatible with iOS 6.1 or later. The new version of Doo also includes compatibility fixes, presumably in anticipation of the official release of iOS 7 later this month. [gallery link="file" order="DESC"] 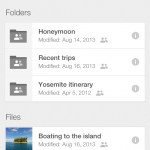 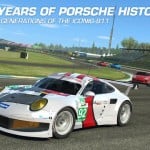 Celebrate The 50th Anniversary Of The Porsche 911 With Real Racing 3
Nothing found :(
Try something else