You are using an outdated browser. Please upgrade your browser to improve your experience.
by Brent Dirks
September 19, 2013
As the clock shifts to Friday in Asia and Australia, the reported supply constraints hindering the iPhone 5s are coming into focus. Looking at Apple’s online store in Australia, all colors and models of the high-end handset are listed as shipping in seven to 10 business days. The situation in Hong Kong and Singapore is even worse. Both of those stores only list the handset as shipping in October. That doesn’t exactly bode well for customers looking to snag the handset in Europe and the United States. Even though we’ve known since Tuesday about the small supplies on launch day, it should be interested to see what the situation is like on Apple’s U.S. site and at Apple Stores across the country tomorrow. And if you happen to snag an iPhone 5s, it probably won’t be a gold or white version. According to 9to5Mac, carriers and retailers will have little or no supply of those handsets tomorrow:

Every carrier source we’ve talked to and every US retail outlet we’ve heard from has told us that they are only getting in Space Grey iPhone 5s devices for sale. That’s not to say some stock might arrive late tonight and throughout the day tomorrow. Further up the line, we’re hearing that a few white and even fewer gold iPhone 5s deliveries are trickling in the warehouses but hardly enough for wide dispersal by retail stores. Perhaps a few high profile flagship stores will have stock on hand but as we’ve been told by one retailer, ordering online maybe the best way to go.

That doesn’t exactly sound promising. Earlier today, our own Bryan Wolfe authored a nice roundup of what you need to know before the mad rush. It’s a must read. Even though the iPhone 5s looks spectacular, I am glad to be holding onto my iPhone 5, at least for a while. But if you’re intent on purchasing the iPhone 5s tomorrow, it would be good to get in line now. 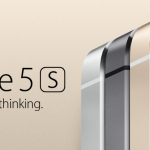