You are using an outdated browser. Please upgrade your browser to improve your experience.
by Joe White
September 22, 2013
Is Apple's fifth-generation iPod touch compatible with either the iPhone 5s or iPhone 5c dock? The answer, in short, is: yes. But there are a couple of problems that our readers should be aware of. In both cases, the Lightning-compatible Apple-made docks don't fully support the fifth-gen iPod touch. As you can see in the below video, the iPhone 5c dock, in particular, leaves a lot of "wiggle room" for the portable music player, which is supported only by its Lightning connector. The same can be said of the iPhone 5s dock, however due to the similar dimensions of Apple's seventh-generation iPhone and its fifth-generation iPod touch, there isn't as much room for the music player to move around. As such, fifth-gen iPod touch users are advised to choose the iPhone 5s dock over the iPhone 5c dock. In the below video, the two are properly compared.

Both the iPhone 5s dock and the iPhone 5c dock can be purchased in the Apple Online Store for $29.00. For more of our recent hands-on videos, see: Video: iPhone 5s Versus iPhone 5 Benchmark Test, How To Set Up And Use Touch ID On Apple's New iPhone 5s, and Here's A Close-Up Look At Design Differences Between The iPhone 5s And iPhone 5. 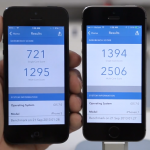 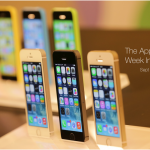 The AppAdvice Week In Review: Apple Finds Gold During iPhone Launch Week
Nothing found :(
Try something else