You are using an outdated browser. Please upgrade your browser to improve your experience.
by Joe White
September 9, 2013
It's been in the works for some time now, but Apple's iPhone 5 has officially been jailbroken under iOS 6.1.4, in a move that marks the first time the sixth-generation handset has been "liberated" under the most recent version of the iOS. As you can see in the above and below images, both AT&T- and Verizon-powered iPhone 5 handsets are able to run the Cydia Store app under iOS 6.1.4, which so far has remained un-jailbreakable for owners of Apple's sixth-generation smartphone. Hacker @winocm was able to install the go-to jailbreak app store on an iOS 6.1.4-powered iPhone 5, indicating that a public release for this iteration of Apple's mobile operating system could soon be in the works. From what we understand, exploits already discovered in iOS 7 haven't been compromised by this new method, meaning Apple isn't going to patch and block a potential iOS 7 jailbreak following the above announcement. Here's hoping a jailbreak tool for iOS 6.1.4-powered iPhone 5 handsets becomes available soon. If not, iPhone 5 owners may have to wait for an iOS 7-compatible jailbreak solution before installing the Cydia Store app on their smartphone. See also: Cydia Tweak: CamBright May Help You Take Better Pictures, Cydia Tweak: Protect Your iDevice From The Latest DoS Exploit With GlyphPatch, and Cydia Tweak: Celeste 2 Launches For Jailbroken iDevices. 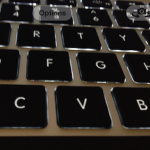 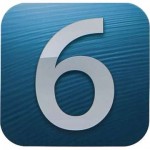 Cydia Tweak: Protect Your iDevice From The Latest DoS Exploit With GlyphPatch
Nothing found :(
Try something else