You are using an outdated browser. Please upgrade your browser to improve your experience.
by Joe White
September 6, 2013
More evidence suggesting Apple's 16GB iPhone 5 is set to live on as a mid-tier iDevice come late September has surfaced online. The above image, purportedly taken of an internal email sent to Vodafone Germany's employees (and published by the German language website Flo's Weblog), appears to indicate that Apple's 32GB and 64GB iPhone 5 handsets, along with the 16GB iPhone 4S, are set to be discontinued. Apple's 16GB iPhone 5, however, is left from the list, indicating that both the black and white variations of the handset will continued to be offered by the carrier later this month. Of course, this isn't the first time we've heard news that the 16GB iPhone 5 is set to remain alongside Apple's next-generation iDevices. Just a couple of days ago, an internal document purportedly belonging to Canadian carrier Telus appeared to indicate that precisely the same situation is set to arise in Canada. As such, with a flagship iPhone 5S and a low-cost iPhone 5C rumored to become available in the coming weeks, it could be that Apple is indeed planning on offering the 16GB iPhone 5 to customers as a mid-tier iDevice. Greater choice in this way could, as a result, help Apple further secure smartphone marketshare, both in the United States and overseas. Apple is holding a special media event on Sept. 10, 2013. We'll keep you updated with further information as we receive it. In the meantime, see: Google Drive 2.0 Features New Design, New Thumbnail View And Other Improvements, Apple Looking To Launch iPhones With Screens As Large As 6 Inches, Says WSJ, and Today's Best Apps: 2K Drive, 2013: Infected Wars, Giant Boulder Of Death And More. 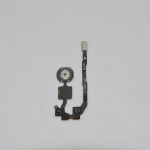 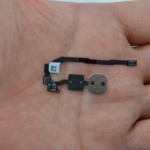 Another Set Of iPhone 5S Fingerprint Sensor Images Are Leaked
Nothing found :(
Try something else