You are using an outdated browser. Please upgrade your browser to improve your experience.
by Bryan M. Wolfe
September 10, 2013
As expected, the iPhone 5 has become just the second Apple handset to be retired after only a year. With the introduction of the iPhone 5S and iPhone 5C, Apple has officially discontinued the model that launched in September 2012. As predicted by Ming-Chi Kuo of KGI Securities in August, the iPhone 5 joins the original iPhone as models only lasting a year on the market. A rumor earlier this month suggested that the 16GB iPhone 5 would live on. However, that won’t be the case. Meanwhile, the 2-year-old iPhone 4S has become Apple’s “free” iPhone model. The 8GB model is available in black and white. The iPhone 4 was also discontinued following Apple's 2013 iPhone event. However, unlike the iPhone 5, it stuck around for over three years after first being launched in June 2010. 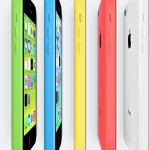 How It's Made: Apple Posts New iPhone 5C Video 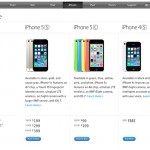 Which New iPhone Should You Get? The 5S Or The 5C
Nothing found :(
Try something else