You are using an outdated browser. Please upgrade your browser to improve your experience.
by Joe White
September 10, 2013
Less than 12 hours remain until Apple's iPhone-themed special event is set to kick off in Cupertino, Calif., and The Wall Street Journal is out with a new report confirming that the next-generation iPhone 5S will indeed launch with a "fingerprint scanner," according to "people familiar with the matter." The website explains:

Placing a finger on a computer or smartphone has long been proposed as a way to avoid the need for passwords to authenticate users of computers and other devices. People familiar with the matter said last week that Apple will include a fingerprint scanner on the more expensive of two iPhones it is expected to unveil Tuesday at an event at its Cupertino, Calif., headquarters.

Indeed, rumors concerning a fingerprint scanning iPhone 5S have been circulating online for some time now, especially since Apple purchased fingerprint recognition company AuthenTec. Concepts for the seventh-generation iPhone handset have even gone so far as to imagine how a fingerprint scanning Home button might look. The Wall Street Journal explains that Apple's fingerprint scanner is expected to be more accurate than previous examples of the technology, since it will have the ability to take a number of scans of one's fingerprint over a short period of time. Once available, it is thought that Apple's iPhone 5S will be the most high profile instance of a fingerprint scanner being used in consumer technology. Apple's media event is set to begin at 10 a.m. PDT on Sept. 10. We'll be covering the event from start to finish, so be sure to check back with us. In the meantime, see: Apple Decorates Its Cupertino Campus For Tomorrow’s Special Event, Quirky App Of The Day: A Witch And Her Broom Make A Great Delivery Service, and Get An iOS 7 Writing Experience With 1Writer. 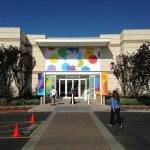 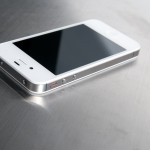