You are using an outdated browser. Please upgrade your browser to improve your experience.
by Joe White
September 25, 2013
In the United States, a handful of regional carriers including C Spire, Cellcom, and GCI are set to offer Apple's iPhone 5s and iPhone 5c from Oct. 1, 2013. Though no formal announcement concerning the second wave of Apple's iPhone 5s and iPhone 5c launch has been made, a number of U.S. regional carriers have confirmed that they'll be offering the new smartphones from Oct. 1. MacRumors reports that carriers involved in the Oct. 1 launch include: More carriers note that both handsets are "coming soon," indicating that further details will be made available in the near future. As a reminder, Apple's iPhone 5s and iPhone 5c launched in the United States, the United Kingdom, Australia, Canada, China, France, Germany, Hong Kong, Japan, Puerto Rico, and Singapore on Sept. 20, and throughout the course of its first weekend sales for both handsets topped 9 million. We'll keep you updated with further information as we receive it. In the meantime, see: The 60 Minutes App Receives Its First Significant Update In Three Years, Looking For Gilded Earphones To Go With Your Gold iPhone 5s?, and The Blockheads To Get Trains, Technology And More In Forthcoming Update. 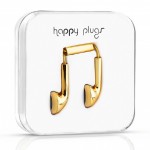 Looking For Gilded Earphones To Go With Your Gold iPhone 5s? 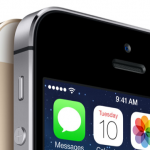 Give Your Handset An iPhone 5s Makeover With This Upgrade Kit
Nothing found :(
Try something else