You are using an outdated browser. Please upgrade your browser to improve your experience.
by Aldrin Calimlim
October 8, 2013
Apple has just announced that it will be posting its Q4 2013 financial results on Monday, Oct 28. As noted in its Investor Relations webpage, the Cupertino-based company will conduct a conference call to discuss its earnings during its recently concluded fourth fiscal quarter at 2 p.m. PST / 5 p.m. EST. At its previous earnings call, Apple predicted its revenue to be between $34 billion and $37 billion for the just-ended fourth fiscal quarter. It also projected its gross margin to lie between 36 percent and 37 percent. For the third fiscal quarter of 2013, which ended on June 29, Apple reported that it earned $35.3 billion in revenue and posted a net profit of $6.9 billion. It also announced that during the quarter, it sold 31.2 million iPhones, 14.6 million iPads, and 3.8 million Macs. Of course, at its upcoming earnings call for the fourth fiscal quarter of 2013, Apple is expected to mention the record-breaking 9 million iPhone 5s and iPhone 5c units it managed to sell during the devices' first weekend of availability. Prior to the call, Apple will issue a press release detailing its financial results. The call will then be accessible via audio streaming on the Apple Events webpage. If you have an iPhone, iPod touch, or iPad running iOS 4.2 or above, any Mac running OS X 10.5 or above, or any PC running Quicktime 7 or later, you’ll be able to listen to the call live on your device. 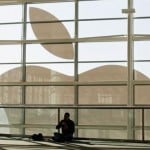 The SEC Closes The Book On Apple's Tax Filing Practices 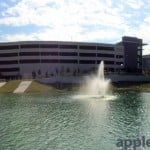 New Photos Take A Closer Look At Apple's Forthcoming Austin Campus
Nothing found :(
Try something else