You are using an outdated browser. Please upgrade your browser to improve your experience.
by Bryan M. Wolfe
October 17, 2013
On Tuesday, Oct. 22, Apple is likely to unveil new iPads. As the invitation to the event suggests, however, the company will be covering a lot more than iPads next week. We already offered our take on what to expect on the iPad 5 and iPad mini 2. Today, we turn to the other products that might arrive.

It’s been four long months since Apple demoed OS X Mavericks at WWDC. Since that time, developers have been testing a series of preview versions of the new Mac operating system. On Oct. 4, Apple made the gold master, or final version of OS X Mavericks, available to developers. OS X Mavericks includes a number of goodies including iOS carryovers, Maps and iBooks, plus new features such as Finder tabs, and tags. OS X 10.9 also includes improved support for multiple displays, a better Notification system, and iCloud Keychain. These features, while nice, aren’t exactly revolutionary, which suggests that Apple may offer OS X Mavericks as a free update in the Mac App Store. At a minimum, the update shouldn’t cost anymore than did its predecessor. OS X Mountain Lion launched at $19.99.

The MacBook Air and iMac have each received updates in recent months. Both models now include Intel’s next-generation Haswell processors and support 802.11ac Wi-Fi. These additions, and others, should arrive on next-generation versions of the MacBook Pro and Mac mini. Also arriving should be the new Mac Pro. First demoed at WWDC, the revolutionary new model has been completely redesigned for 2013. The biggest questions now are when it will be released to the public, and more importantly, what it will cost.

Updates to Apple's own apps

Last month, Apple changed the look of most of their stock apps to reflect the minimalist design of iOS 7. Apps such as iPhoto and GarageBand, however, have remained the same. That will probably change soon after the iPad event. Icon images have now surfaced that suggest a refresh is coming soon, not just to iPhoto and GarageBand, but to other Apple apps as well. These could include iMovie, Find My Friends, and the iWork suite, which features Pages, Numbers, and Keynote. Speaking of iWork, Apple could soon unveil the first significant change to the suite this decade across multiple platforms, including OS X. If true, the update would arrive just months after iWork for iCloud was released as a public beta.

Once Apple’s most popular product line, the iPod has seemed like an afterthought in recent years. The iPod Classic hasn’t seen an update during this decade, and changes to the iPod shuffle and iPod touch have been minimal, at best. Only the iPod nano seems to change every few years. We’ll probably see only modest iPod updates introduced next week. The biggest unknown is whether the iPod Classic is refreshed, retired, or left alone for a fourth straight year.

Apple has remained mum on the future of the Apple TV, and whether an actual television set is coming. In recent months, Apple has added a number of new channels to the existing product, including Watch ESPN, HBO Go, and more.

Apple’s event on Tuesday is likely to be short on surprises, which seems to be the norm of late. However, it should be a big day nonetheless, especially for those folks looking to buy a new iPad, MacBook Pro, or Mac Pro. As usual, we’ll be providing full coverage of the Apple event as it happens. As a reminder, the presentation begins at 10 a.m. PDT from the Yerba Buena Center for the Arts in San Francisco, Calif. Stay tuned. What do you want to see next week? 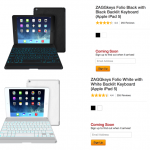 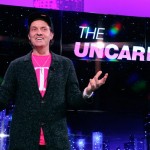 Could T-Mobile Offer Apple's New iPads From Launch Day?
Nothing found :(
Try something else