You are using an outdated browser. Please upgrade your browser to improve your experience.
by Brent Dirks
October 9, 2013
Twitter, NBCUniversal, and Comcast have announced an interesting social media partnership. Starting next month, Xfinity TV users will be able to leverage the embedded “See It” button directly through the Twitter app. Pushing the pictured button will allow viewers to do a number of tasks, including: Currently, the capability will be enabled for a number of NBCUniversal networks and shows like “The Voice,” “Sunday Night Football,” and “Today.” If you’re not a Comcast customer, clicking the button will send you to the applicable show’s site on your device. But Comcast is pushing the capability to other companies, according to a Q-and-A today:

In early 2014, we’ll also add other video distributors to See It; tweets with See It buttons will be available for shows on multiple networks; and, the feature will be available on sites and apps across the web.

And the official Twitter app itself may also be in for a substantial change soon. As we reported last month, a major revamp of the app will be coming in the near future. The familiar four tabs on the bottom of the app might be changed to show content-focused streams. Twitter is also thinking of adding a stream dedicated to just TV related tweets and conversations. That would lineup nicely with today’s partnership announcement. For other recent news today, see: The Clearest Images Yet Of Apple's iPad 5 Are Leaked, You May Be Surprised By Just How Little Your Old iPad Is Worth, and Even As Supplies Remain Low, The iPhone 5s Is Set To Launch In New Countries Very Soon. 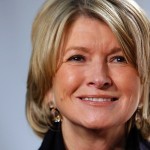 Read As Martha Stewart's Head Explodes On Twitter After She Drops Her iPad
Nothing found :(
Try something else