You are using an outdated browser. Please upgrade your browser to improve your experience.
by Bryan M. Wolfe
October 10, 2013
Earlier this week, I suggested that Apple’s iPhone 5c was a huge disappointment. Today, some new information is helping to backup that claim. First, Chinese site C-Technology is reporting that Apple has been forced to cut in half the production orders for the iPhone 5c. Instead of making 300,000 units per day, Apple’s suppliers are now being asked to make only 150,000 units. The cut is being attributed to weakening sales for the mid-priced handset. Meanwhile, UnwiredView claims that the Chinese gray market is so unimpressed with the iPhone 5c that models on the street are going for 30 percent below retail. By contrast, the “Chinese simply went crazy over the golden iPhone during the first weeks of availability, with reseller prices climbing as high as 10 000 Yuan ($1633) in the first days of October. They now have settled down to a more sane level, but gold iPhone 5s still goes for 6 to 7000 Yuan in the grey market.”

The iPhone 5c isn’t a bad device. Rather, as I stated previously, it was priced completely wrong by Apple. At its core, the iPhone 5c is simply the iPhone 5 with its 2012 parts, with a less expensive cover on the outside. It also comes in a controversial set of colors. This combination has likely made the iPhone 5c a tough sell in many markets, and households.

There is no way to confirm either story mentioned above, of course. However, it's worth noting that they each continue with the narrative that the iPhone 5c isn't selling as well as Apple had hoped. Unfortunately, we may never know just how off the mark those sales may be. Apple will announce financial results of its fourth fiscal quarter on Monday, Oct. 28. At that time, they are certain to announce overall iPhone sales numbers from July through September 2013. However, like past practices, they probably won't announce sales by model. We'll continue to follow this story. In the meantime, see: Apple's iPhone 5s Is Now The No. 1 Handset With All 4 US Carriers, Snag An iPhone 5c At Walmart For Just $45 With A Contract, and Even As Supplies Remain Low, The iPhone 5s Is Set To Launch In New Countries Very Soon. 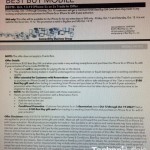 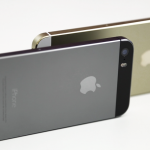 Review: Should You Buy The iPhone 5s?
Nothing found :(
Try something else