You are using an outdated browser. Please upgrade your browser to improve your experience.
by Bryan M. Wolfe
October 17, 2013
Verizon Wireless has announced that it activated 3.9 million iPhones during the third quarter, or an increase of 26 percent from 2012. In total, this represents 51 percent of smartphones activated from July through September by the largest carrier in the United States. In a note to investors, Verizon Chief Financial Officer Fran Shammo said that 7.6 million total smartphone activations occurred in the third quarter. This was up 12 percent year over year, meaning Apple’s line of smartphones bested the rest of the market by 13 percent. These numbers only include 10 days of sales for the iPhone 5s and iPhone 5c. Apple released both models on Friday, Sept. 20. For the quarter, Verizon’s operating revenues totaled $30.3 billion, a 4.4 percent increase compared with the third quarter of 2012. This was the fourth consecutive quarter of year over year growth of more than 4 percent. Operating income, meanwhile, increased 30.0 percent to $7.1 billion. Earlier this week, Verizon began testing a program that delivers smartphones on the same day they are ordered online. The service is currently available in Philadelphia, and will soon expand to New York City, Dallas, San Francisco, and Pittsburgh. Apple will announce fourth-quarter earnings on Monday, Oct. 28 beginning at 2 p.m. PDT. Quarterly earnings for AT&T will be announced on Wednesday, Oct. 23. 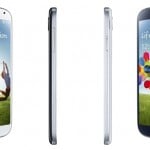 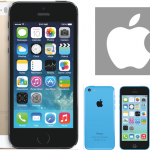 The Dominance Of The iPhone 5s Over The iPhone 5c Could Be Temporary
Nothing found :(
Try something else