You are using an outdated browser. Please upgrade your browser to improve your experience.
by Bryan M. Wolfe
November 5, 2013
A new teardown by research firm IHS shows that the new iPad Air costs less to product than previous models. However, this lower cost doesn't extend to the tablet's display components, according to AllThingsD. According to the firm, the iPad Air costs between $274 and $361 to build, depending on the model. The most expensive part is the display and touchscreen assembly, which costs $133. This is a 5 percent increase for similar parts from the iPad 3. The iPad 3 was the last full-sized model IHS studied. 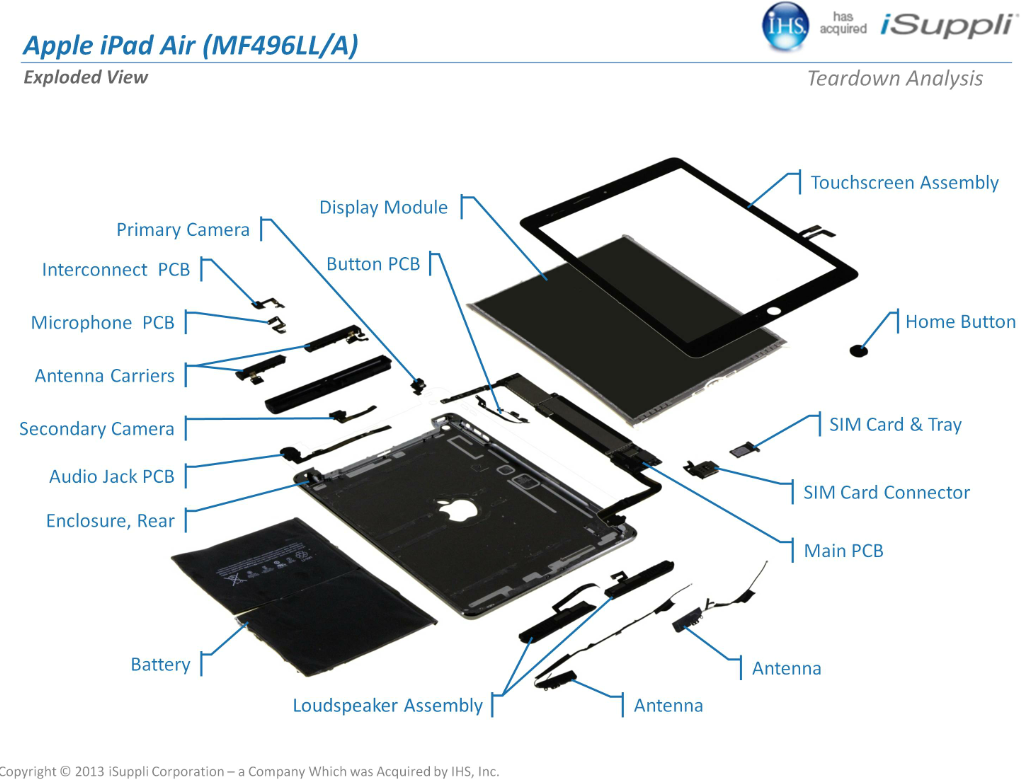 Not surprisingly, IHS found that the display is “thinner and has fewer layers in the combined assembly.” In addition, it includes a new type of sensor known as a cycle-olefin polymer (COP) that sits underneath the outer layer of Gorilla Glass that users touch. As a result, “The whole assembly measures out to 1.8 millimeters thick, versus 2.23 millimeters on the third-generation model.” IHS also found that the iPad Air includes fewer LED lights, which provide backlighting. Instead of 84, brightness is now controlled by only 36 LED lights. Fewer LEDs cuts down on the weight, and the power drain to the battery. Other component costs include: In total, the entry-level iPad Air costs $42 less than the iPad 3 equivalent. Last week, iFixit published the first iPad Air teardown. They found that the new tablet includes a new two-cell design for the device’s 32.9 watt-hour battery, a change from the fourth-generation iPad’s three-cell, 43 watt-hour configuration. In addition, unlike the new iPhones, the iPad Air’s display is not laminated to the cover glass. They also found many of device’s internals similar to those of the first-generation iPad mini. They note, it “seems like Apple took an iPad Mini and transmogrified it to a regular iPad’s size.” See also: AT&T Announces iPad Air Activations Up 200 Percent Compared To Last Year’s Launch, Find Your iPad Air Right Now Using The Apple Tracker, and Adoption Of Apple's iPad Air Is Already 5 Times That Of The iPad 4. 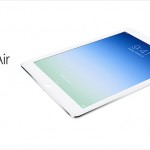