Apple has just updated its Reuse and Recycle Program to allow water-damaged iPhones to be traded in.

Previously, iPhones that have been damaged by water or other liquids were not accepted in the trade-in program, which Apple launched in the U.S. in August and in the U.K. in October. But as reported by 9to5Mac, which cites Apple retail employees, that is no longer the case as of this week.

Of course, there are still caveats to consider:

This week’s changes to the program … will allow more customers to trade in their devices. However, the company isn’t going to start allowing seriously water-damaged phones for trade-in anytime soon. If there is evidence of liquid under the phone’s display or corrosion in the ports, the phone will still be ineligible for any trade-in value regardless of what the liquid contact indicator looks like.

Also, there’s a considerable difference (as much as $120) between the trade-in values of water-damaged and non-water-damaged units of the same iPhone model.

Water damage in an iPhone (and in any other iOS device, for that matter) is ascertained by checking the device’s externally visible liquid contact indicator. The indicator's color is normally white or silver, but when it has come in contact with water or a liquid containing water, it turns fully or partially red. 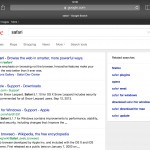 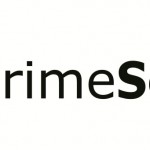